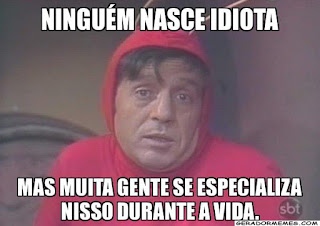 
Medline ® Abstracts  of  'Management of acute exacerbations of asthma in adults':


PubMedTIInhaled furosemide in the treatment of acute exacerbations of asthmaAUHinckley JB SOAcad Emerg Med. 2000;7(10):1167. Inhalation of the loop diuretic furosemide has been found to protect against challenges with bronchoconstrictive agents. OBJECTIVE: To determine if furosemide has any objective and/or subjective therapeutic effect on adult patients with acute exacerbations of asthma, above and beyond the effects of B2 agonists and oral glucocorticoids. METHODS: 35 adult patients with acute exacerbations of asthma were randomized and recruited into the study if they had a prior history of asthma, and<10 pack-year smoking history, had not received pre-hospital B2 agonists, were not pregnant, and had no sulfonamide allergy. A double blind study design was employed. One group received albuterol 5 mg with placebo and one group received albuterol 5 mg with furosemide 40 mg in their nebulizer. Both groups received prednisone 80 mg po. PEFRs were obtained before initiation of treatment and 30 and 60 minutes thereafter. A 10 point dyspnea scale was also employed at initiation of treatment and 30 and 60 minutes thereafter. Physicians were permitted to give rescue albuterol treatments as deemed necessary. RESULTS: There was no difference in the treatment arms with respect to PEFR, dyspnea score, or number of rescue albuterol treatments at 30 and 60 minutes. CONCLUSIONS: We found no statistical benefit to adding furosemide to a regimen consisting of prednisone and optimal doses of B2 agonist. We conclude that there is not a current role for furosemide in acute exacerbations of asthma.ADOUCOM / Doctors Hospital, Columbus, OH. PMID11015263

PubMedTIFurosemide plus albuterol compared with albuterol alone in children with acute asthma.AUGonzález-Sánchez R, Trujillo-Hernández B, Huerta M, Vásquez C, Trujillo X SOAllergy Asthma Proc. 2002;23(3):181. Several reports have shown that inhaled furosemide protects patients with asthma from different bronchoconstrictor agents. However, the effect of this widely used diuretic in acute exacerbation in adults is unproven. There are no reports of furosemide's therapeutic effect in acute asthma in children; thus, the objective of this study was to determine the effectiveness of the combined treatment of furosemide and albuterol in pediatric patients. Using a double-blind design, 20 emergency room patients with an asthmatic exacerbation were studied and randomly assigned to one of the following treatments: (1) furosemide + albuterol (1 and 0.15 mg/kg, respectively) or (2) albuterol (0.15 mg/kg). The forced expiratory volume in one second (FEV1) was measured in each patient before medication and then 30 and 60 minutes after inhalation of the individual drug or drug combination. Neither group differed in age or baseline FEV1. An increase in FEV1 of 22.8 +/- 4.3% (mean +/- SE) in the drug combination group was noted at 60 minutes, and an increase in FEV1 of 18.0 +/- 2.6% in the albuterol group was obtained at the same time. Although the increase in FEV1 was greater in the first group after 1 hour of treatment, this was not significant. These results suggest that inhaled furosemide does not have a synergistic effect with albuterol in the treatment of asthmatic exacerbations in children.ADServicio de Pediatría, Hospital del Instituto Mexicano del Seguro Social, Manzanillo, Colima, México. PMID12125505


PubMedTIUsefulness of inhaled furosemide in a bronchial asthma attack.AURodríguez Vázquez JC, Pino Alfonso PP, Gassiot Nuño C, Páez Prats I SOJ Investig Allergol Clin Immunol. 1998;8(5):290. Furosemide administered through repeated dose inhalation has antiinflammatory effects on the airways. We carried out a study to measure the adjuvant effect of this drug with salbutamol inhalation in asthmatic patients presenting an acute or chronic asthma attack. We studied 50 patients, 25 of whom were given salbutamol (0.5%-1 cc) every 12 h and placebo every 12 h. All patients underwent spirometry on the first day and at the end of the treatment (5 days). Peak flow was recorded twice a day as well as daily diuresis and body weight. Peak flow in the morning increased 13.8 l/min in the group given salbutamol and placebo; in group given furosemide, the increase was 2.2 l/min, with statistically significant differences. Peak flow in the evening showed no sizeable differences. The same was true with spirometric variables (FVC, FEV1 and FEF 25-75), which improved greatly in both groups, but without a considerable difference. Diuresis increased in the group given furosemide (510.80 ml; in the group given placebo the increase was 310.20) without a significant difference. Analysis of body weight showed that in the group given furosemide average weight decreased from 140.4 to 138.5 lbs (52.4 to 51.7 kg); in the group given placebo, it increased from 130.3 to 132.6 lbs (48.6 to 49.5 kg). Statistical analysis was significant. We concluded that administering furosemide by inhalation for 5 days as adjuvant treatment to salbutamol in patients presenting with acute or chronic asthma attack is not superior to treatment using salbutamol and placebo.ADPneumonology Service (Library), Hermanos Ameijeiras Hospital, Havana, Cuba. PMID9827425